As a new(ish) mom to a very active, (albeit adorable) little girl, finding 90 or so minutes to do my entire practice 6 days a week is tough.

Oftentimes, rather than simply showing up, and doing my best in the time that I have, I am filled with guilt, anxiety and the feeling that I am a “bad Ashtangi” because I can’t do it all, all of the time.

Perhaps you can relate?

The other day I only had 45 minutes to practice, and David was teaching in the room. For some reason my “Bad Ashtangi” guilt feels amplified when it’s David teaching. Perhaps because he is the “big boss” so to speak, I begin to doubt whether or not I could have made the effort to get there with enough time to do my full practice.

I conjure up stories in my head that he’ll think I’m making excuses to “get out of practice” when in all actuality I’m more often than not the student that pushes themselves too hard.

Anyways, that day my first thought was, “If I go quick enough, perhaps I can do the entire thing, and he wont even notice that I didn’t have enough time, ergo, I am not a bad Ashtangi.” 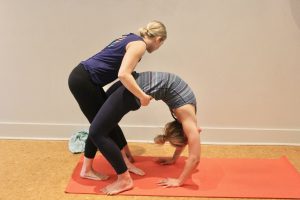 My plan was to do all of primary, dropbacks and full closing in 45 minutes.

So I stepped on my mat, and quickly began the motions of my practice – my mind anxiously running, and totally disconnected from my breath.

When I had run out of time far before I was able to complete the entire sequence, I sheepishly called David over to tell him I had to leave early. My self imposed story of him being “disappointed,” and the guilt of being a bad Ashtangi still clouding my mind.

“Of course, no problem! Do what you need to do!”

I was like, wait what?! That’s ok? I’m not a horrible Ashtangi because on some days I can’t do the whole thing? I just spent the last 45 minutes in an anxious fog that didn’t need to be there?!

Turns out I’m not a bad Ashtangi, and neither are you.

Even though I’ve been practicing for many years, and intellectually I know that this practice is about much more than asana, in the background somewhere lives self imposed guilt that I need to be a perfect, flawless Ashtangi who never misses a practice.

And in a world of Type-A Ashtangis, I don’t think I’m alone in feeling this way either.

I actually think this experience was an important part in the larger context of my practice. It revealed the self-imposed guilt, self-judgement and the big story that my needing to modify practice in some way disappoints my teacher.

That’s what this practice is about – uncovering those sneaky stories, and mental fluctuations, right?

This whole ordeal sparked a conversation between David and I, that led to the inspiration for his first #DRonthecouch video.

In the short video DR shares about his thoughts on modifying practice when you don’t have enough time, with some simple guidelines to help you!

Hint, the answer is NOT to frantically try and do the entire thing, disconnected from your body and mind.

You should take 5 minutes (less actually) and have a listen. 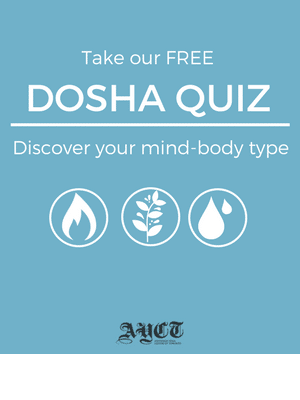